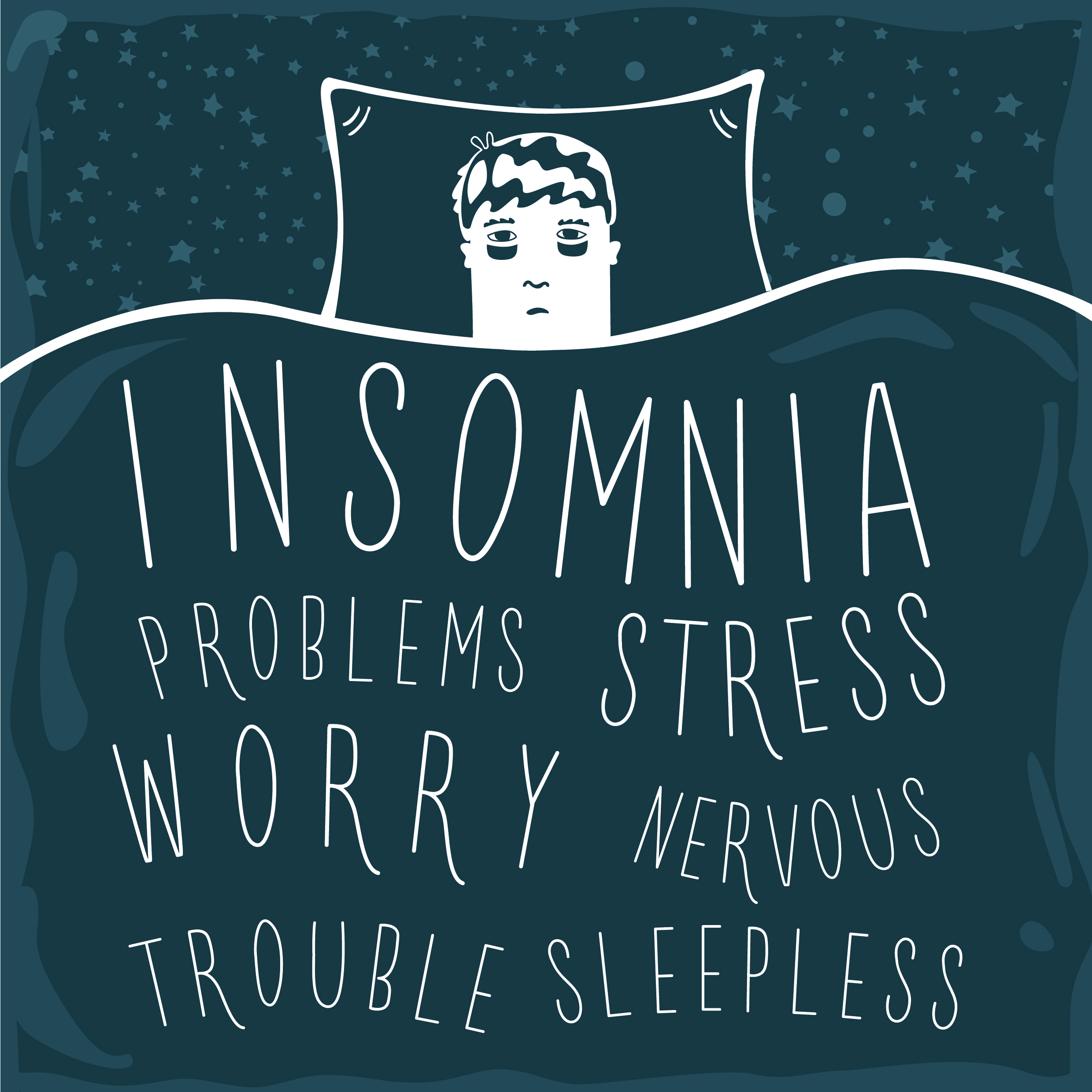 Insomnia is a condition, not a disease. Individuals that acquire this condition have difficulty falling asleep and/or maintaining a sound sleep throughout the night. As mentioned earlier, there are many factors that can initiate the onset of insomnia. It can develop from unmanaged chemical, emotional, and physical stressors, poor diets, eating just before bedtime, neurotransmitter imbalances and deficiencies, too much caffeine, alcohol consumption, excessive or unpleasant noises, uncomfortable room temperatures, EMF radiation exposure, acute or chronic medical conditions, and hospitalization. Insomnia can also be related to withdrawal from drugs, stimulant medication or sedatives, all contributing to excessive acid accumulation in body tissues and fluids.

DID YOU KNOW: According to NSF’s Sleep in America poll, 44% of older persons experience one or more of the nighttime symptoms of insomnia at least a few nights per week or more!

Another condition associated with insomnia is heartburn. Heartburn is a condition not actually related to the heart, but labeled heartburn due to the burning sensation experienced in the chest in proximity to the heart. Heartburn can develop overtime from digestive distress when undigested foods and acids are forced to re-enter the unprotected esophagus as the esophageal sphincter muscle remains open. The burning sensation that results can make it very difficult to achieve and maintain a restful night’s sleep. Lying down can worsen the situation, since backed up acids can flow into the unprotected esophageal lining much easier in sleeping position. Additionally, LOW stomach acid can be at the root of the heartburn or acid reflux.

The direct correlation between pH imbalance and insomnia becomes obvious. Not only can heartburn result in sleep deprivation, but sleep loss further increases acidity levels and inflammation when the body is not rested and stressed.

DID YOU KNOW: Sleep deprivation resulting from acid reflux is among one of the most common causes of exhaustion.

Like anyone else, sufferers from insomnia should pay special attention to their diets. To avoid further distress and initiate a healing response, it is highly recommended to include a variety of fresh vegetables, greens, and some fruits in your diet, which will help balance the acids from various stressors, animal products and other protein, while eliminating processed and fast foods. This will help allow pH levels to begin to balance as you flood the body with much-needed nutrient dense foods and proper supplementation, eventually alleviating heartburn altogether as the body is in a better position to heal itself. Cleansing should be a priority as heavy metals and other toxins can stress the digestive system, immunity, and brain health, all which can throw off hormone levels impacting sleep cycles. See solutions section for more information.

Another disorder that disrupts sleeping patterns is sleep apnea. This irregularity takes place when the respiratory muscles temporarily stop working during sleep. People with sleep apnea stop breathing for periods of time throughout the night, which can have dangerous consequences, especially over time.

There are three forms of sleep apnea: central (CSA), obstructive (OSA), and mixed. In CSA, breathing is suspended by a lack of respiratory effort; in OSA, breathing is interrupted by a physical block to the airflow and snoring is a common complaint; and mixed sleep apnea is a combination of central and obstructive.

Studies show high acid levels in the body are associated with sleep apnea.

As far back as 1976, Tilkian studied the internal dynamics of sleep apnea in twelve patients with predominantly the obstructive type. Abnormalities during wakefulness included hypertension in most of them. During sleep with each apneic episode, most of them exhibited elevations of pulmonary artery pressure, hypoxemia (low blood oxygen) and hypercapnia (elevated carbon dioxide levels), as well as respiratory acidosis. (1)

Sharp studied the effects of metabolic acidosis during sleep in ten sleep apnea patients (4 had obstructive apnea, 2 had central apnea, and 4 had mixed apnea). After acidosis was induced, acid-base fluctuations had a significant effect on patients with mixed apnea. In two of them, metabolic acidosis converted CSA into OSA, prolonging apneic periods and decreasing further the already low oxygen levels in the blood. (2)

Sleeping disorders can be directly linked to acid-base imbalances. Studies have shown these disorders contribute negatively to changes in blood pressure, as well as in oxygen and carbon dioxide levels. In addition, they cause sleepiness, fatigue, slower reaction time and alertness, cognitive deficiencies, moodiness, and even depression among many other issues. In turn, further acidification and inflammation are inevitable as the body tries to perform at optimal levels throughout the day with insufficient rest. Then excessive use of caffeine exacerbates negative consequences.

There are many factors that can contribute to insomnia, all of which will throw off pH levels and inflame the body. When chemical, emotional, and physical stressors are addressed through diet, lifestyle, supplementation, cleansing, and other healing modalities, oxygen levels will increase, cellular respiration will optimize,  pH levels will begin to balance, and the body will go into a state of homeostasis!