HomeArticleDEFICIENCIES AND NEED FOR SUPPLEMENTATION

DEFICIENCIES AND NEED FOR SUPPLEMENTATION 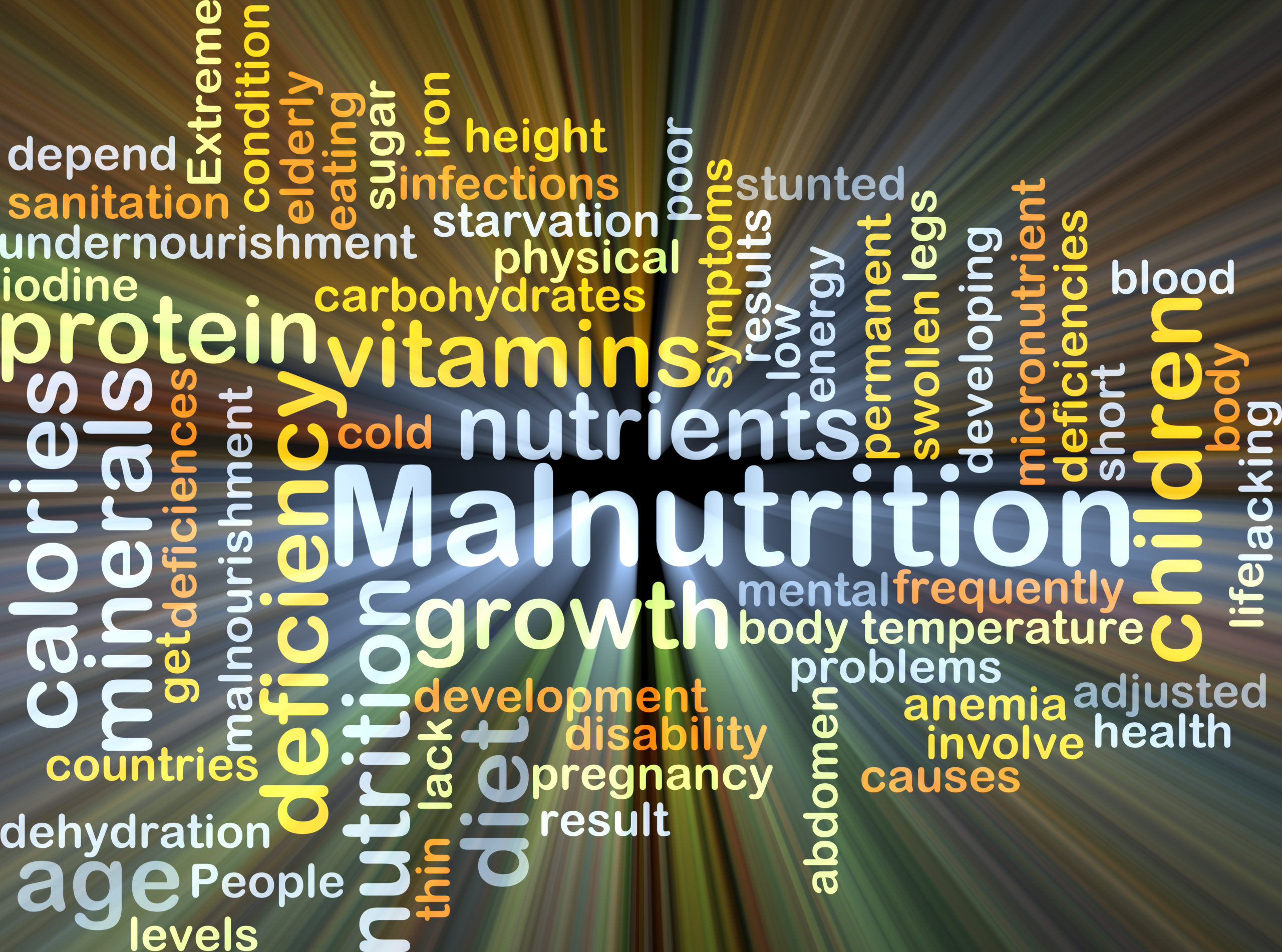 Why do you need to take supplements anyway? Can’t you get all the necessary nutrients from foods in your diet? The fact is that even if the greater part of your diet were to be organic whole foods (which is not the case for most), the soil still doesn’t contain nearly the same nutrition as it did even decades ago. Exposure to environmental toxins is also far greater than it was 50 years ago. Although organic food is higher in many nutrients and a far better choice overall health-wise, it just isn’t enough to do the job in today’s modern world.

The reality is that the average American today leans more towards fast, convenient, unhealthier food options than they do nutrient-dense whole foods. Many of these inferior food choices are creating digestive congestion, limiting nutrient absorption and assimilation. In addition, the scarcity of nutrition in these so-called foods forces the body to donate its own nutrients just to absorb what it can. Remember, diet is what you eat, and nutrition is what your body actually absorbs. These are a few of the major reasons why supplementation is not only a good idea but INDISPENSABLE if you are looking for optimal health and wellness.

Most of us are exposed to high levels of hard to avoid environmental toxins, as well as internally produced toxic waste that requires excessive nutrient intake just to neutralize and excrete them. The unhealthier your diet and lifestyle, the more digestive stress and damage that occurs, the more deficiencies and internally produced toxicity, and the faster you age. Besides, nutrient absorption also declines with age, in the majority of those with average to sub-par health.

Also, individuals who participate in a much-needed daily exercise regime require additional nutrients to replace what was lost for energy and repair. Many people spend countless hours at the gym, not only experiencing little to no muscle gain but even losing muscle and nutrients, oftentimes leading to nutrient deficiencies. Skinny is not always healthy by any means. Proper nutrient intake pre and post-exercise is primordial to obtain the desired benefits from all that hard work.

In addition, individuals that are on extended low-calorie diets just aren’t getting near the required macro-micro nutrient intake, especially if they are eating sub-par quality foods.

In fact, a very interesting study showed that most diets require over 27,000 calories to supply all the essential micronutrients!

The menus from three popular diet plans, namely, the Atkins for Life diet, The South Beach Diet, and the DASH diet were used. The calorie and micronutrient content of each ingredient, in every meal, was evaluated and determined by using food composition data from the U.S. Department of Agriculture Nutrient Database for Standard Reference. Astonishingly, the three diet plans, on average, were found to be RDI insufficient in almost 12 of the analyzed 27 micronutrients out of about 1750 calories consumed. Further analysis of the three diets concluded that an average, calorie intake of 27,575 would be required to achieve all 27 micronutrients in adequate amounts. Six micronutrients, specifically vitamin B7, vitamin D, vitamin E, chromium, iodine, and molybdenum were scarily identified as consistently low or nonexistent in all three diet plans.

While nutrient deficiencies may take time to show symptoms, it is well known by health experts that over time, the lack of ANY single micronutrient will age the body at a faster rate, and dramatically increase your risk of disease, making proper supplementation essential.

Unfortunately, there has been a steady rise in the consumption of fast, processed, packaged foods with high concentrations of unhealthy fats, sugars, salt and chemical additives. Modern-day Western diets are loaded with a plethora of convenience based products that are far from conducive to healthy, conscious living.

According to the NPD Group, a market research firm, in their Highlights from the 15th Annual Report on Eating Patterns in America, most Americans prefer already prepared food, with low to no vegetable content. The percentage of dinners that include one vegetable dropped from an already low 41% fifteen years ago to 10% now. These poor food choices can cause tremendous damage to the digestive system while preventing the absorption of the little nutrition left in them.

Most Americans are falling far short of the nutrition necessary to promote even minimal health. The US Department of Agriculture recommends the intake of 3 to 5 servings of vegetables plus 2 to 4 servings of fruit daily to be on the healthy side. This is the recommended bare minimum required to keep the digestive/ immune system somewhat in check. Yet, to achieve optimum health or to overcome any disease conditions in the body, a much higher amount of these alkaline forming foods is required.

Most Americans don’t even meet the recommended daily allowance (RDA) for many nutrients, much less consume higher amounts. Per NPD group, 10% of Americans buy “healthy groceries” while the other 90% rely on mostly processed foods, and less than 1/3 of Americans get the minimum five servings of fruits and vegetables a day. This is very disturbing news, to say the least.

Despite being significantly overfed, according to U.S. Department of Agriculture (USDA), 92 percent of Americans suffer from at least one mineral or vitamin deficiency!

Another reason why supplementation is so vitally important is the fact that the non-sustainable, fast-growing, pest-resistant, GMO crops grown today are truly less nutritious with each passing generation. Regrettably, most fruits and vegetables grown today have FAR lower levels of vitamins and minerals than the ones harvested decades ago. The non-organic, chemical-laden soils in which conventional foods grow are depleted of valuable nutrients from over-farming, pesticides, herbicides, fungicides and other chemicals. Pesticides like Glyphosate in Roundup chelate nutrients from the soil and acts as an antibiotic killing all the beneficial microbes in the soil that help the plant absorb valuable nutrients. In fact, Glyphosate was designed to suck nutrients from the soil to kill the weeds!

Unfortunately, the common food crops of today are bred for yield, appearance, size, disease resistance, ripening time, and shipping and storage capability, NOT for their nutritional content and safety. They are not bred for high nutritional content, which you would expect to be the primarily focus.  This fact is a little unsettling, but not surprising, when PROFITS are the obvious underlying incentive, not an individual’s health!

In recent years, a growing number of reports continue to conclude that most of today’s foods are not as nutritious as those eaten in previous decades.

A report in the Journal of Complementary Medicine (Worthington et al. 2001) pointed out that statistics from the US and UK’s governments show a shocking decline in trace minerals of up to 76% in fruits and vegetables over the period 1940 to 1991. The U.S. Department of Agriculture has nutritional data for 43 different vegetables and fruits from 1950 and 1999. They show “reliable declines” in the amount of protein, calcium, phosphorus, iron, riboflavin (vitamin B2), and vitamin C over the past half-century.

According to Donald Davis and his team of researchers from the University of Texas (Davis et al. 2004), who studied this data, this does not even include the most definite decline in other nutrients, such as magnesium, zinc, and vitamins B-6 and E since unfortunately they were not studied in 1950.

The Organic Consumers Association cited a study by the Kushi Institute where they analyzed nutrient data from 1975 to 1997 and found that average calcium levels in 12 fresh vegetables dropped 27 percent; iron levels 37 percent; vitamin A levels 21 percent, and vitamin C levels 30 percent.

A similar study published in the British Food Journal explored nutrient data from 1930 to 1980 and found that in 20 vegetables, the average calcium content declined 19 percent; iron 22 percent; and potassium 14 percent.

In a literature review (Davis 2009), it was emphasized that the evidence for the nutritional deterioration of food started to accumulate in the 1940s and that recent studies of fifty plus years of historical nutrient content data for fruits and vegetables show declines of 5% to 40% or more in minerals, vitamins, and protein. This data compilation exemplifies the steady decline of vital nutrient content present in fruits and vegetables today.

Research and statistical data shows that America is not a very healthy nation at all!

According to an article in Time Magazine June 2014, “U.S. ranks worst among 11 wealthy nations in terms of “efficiency, equity and outcomes”, despite having the world’s most expensive health care system.” The belief that nutrient deficiencies only occur in third world countries is a total misconception. America and most developed nations experience these deficiencies which contribute to the underlying factors of most all health problems.

Most ALL chronic health conditions and diseases develop due to pH imbalances and inflammation from toxic buildup, poor dietary choices, deficiencies, sedentary lifestyles, excessive stress, poor coping skills, malabsorption and pent up emotions, ultimately resulting in lack of certain vitamins, minerals, and other nutrients. Most Americans experience one or a combination of those factors, leaving them at risk for a crap shoot of various health complications and premature DEATH!

Here are a few statistics focusing mainly on deficiencies in America:

FACT: The United States Department of Agriculture states that:

Studies show that as much as 75% of Americans fall short of the RDI for magnesium, and that is a low estimate.  Magnesium is essential for a healthy heart beat, cellular mitochondrial energy, and over 300 biochemical reactions in the body. If magnesium levels get too low, you can have an instant heart attack! Conventional blood tests for this mineral are basically useless as the body will pull magnesium from bones and tissues to keep blood levels tight. So, while blood levels can look adequate, tissues like your heart could become fatally deficient over time.

DID YOU KNOW: Astonishingly, when D is at peak levels the risk of cancer across the board can be reduced by more than 50%!

When considering these statistics, there is a high probability that you are included in at least one of those deficient groups:

FACTS: Per the Center for Disease Control and Prevention (CDC):

In fact, as far as vitamin D, almost 80 percent of Americans are below 30 ng/ml with 70-80 being optimal! These statistics indicate that the need for vitamin D supplementation is immense! This steroid hormone/vitamin has the power to flip protective genes on or off. Every cell in your body has a receptor for vitamin D. This vitamin is involved in enzymatic processes, bone health, immune system function and  cancer prevention. There are entire books written on just this one vitamin.

Many factors considered- physical stressors that deplete the bodies nutrient stores, poor absorption from intestinal inflammation, poor food choices, mineral depleted soil from conventional over-farming, and the use of mineral chelating, beneficial microbe killing synthetic chemicals, makes supplementation ESSENTIAL to get all the required nutrition for the body to function optimally and even survive without HIGH risk of premature death and disease manifestation!