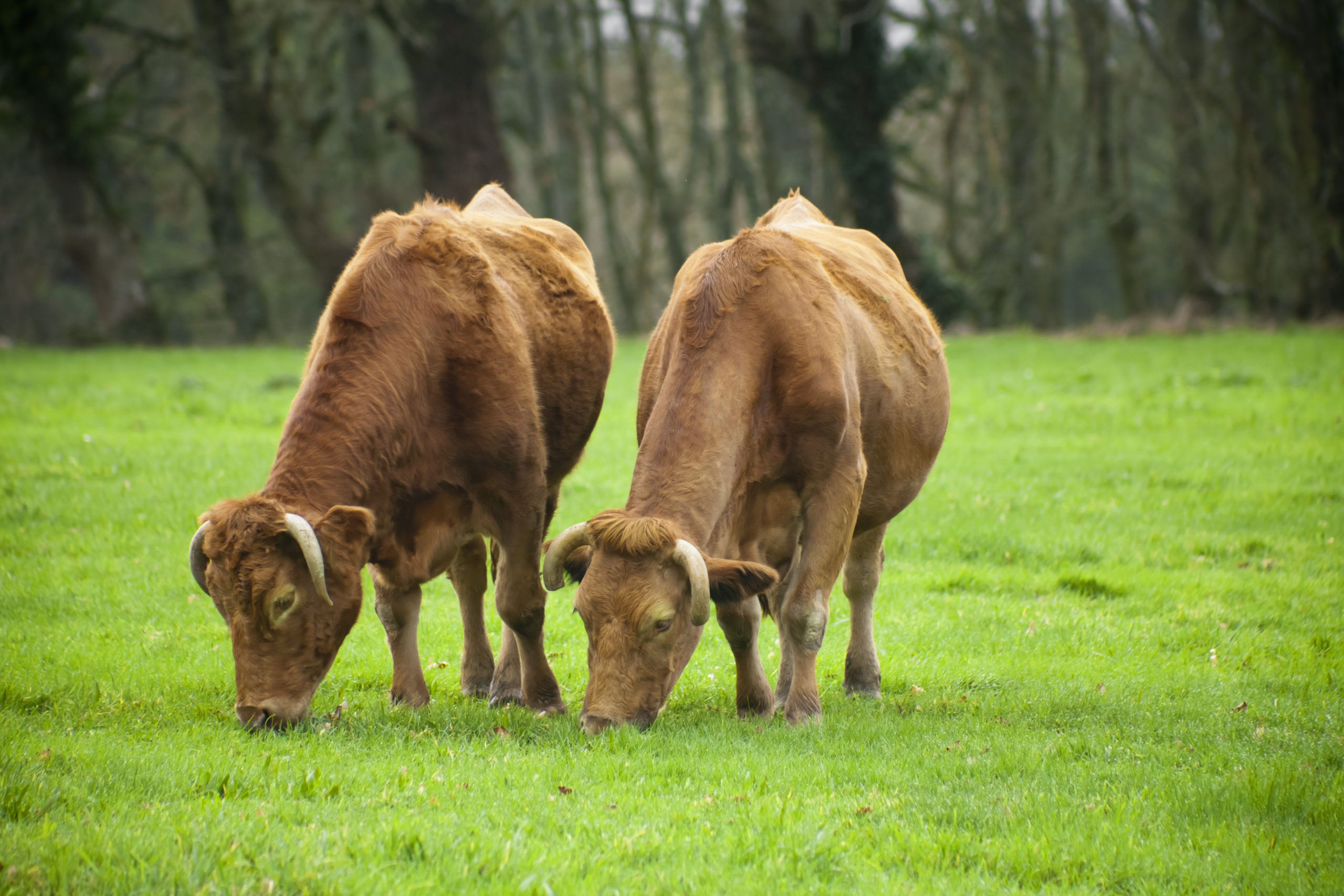 Choosing grass-fed organic meats as opposed to their conventional counterparts should be of MAJOR concern for many reasons! Conventional farmers feed their animals a soy-grain centered diet. Organic, non-pastured animals can also be fed grains and soy, but their feed is organic non-GMO which makes a major difference.

Meat raised on grain feed tends to be higher in saturated fat and lower in omega-3 fatty acids than grass-fed beef. Grain-fed beef has been shown to have four times lower levels of vitamin E, as well as lower levels of anti-cancer and fat-burning CLA. One of the main reasons soy and grains are fed to conventionally grown livestock is the fact that raising pastured grass-fed beef takes twice the amount of time, which of course eats into the producer’s profits.

Grains are NOT suitable for the digestive systems of these animals. Especially refined, non-organic, high pesticide, GMO grains, loaded with Glyphosate pesticides! So they tend to get sick requiring heavy doses of antibiotics, which destroy their gut-flora and weaken their immune response. Then these drugs are passed down the food chain to humans, having the same deleterious effects. In addition, many of the same greed based irresponsible sub-par standards apply to other livestock and poultry as well.

There are various methods to consider in the healthy selection of meats:

Many conventionally raised animals live lamentably, which not only affects their health and quality of life but that of the consumers as well. Conventionally raised meat is often pumped up with synthetic growth hormones (rGBH) to promote rapid growth in order to double the producer’s profits! Consuming these animal products puts you at risk for weight gain, premature aging, and diseases like cancer from their estrogenic effects, as well as early sexual development in children.

As previously mentioned, these animals consume grain-soy based diets, which promote the build-up of pathogenic bacteria and their toxic byproducts. Consequently, they receive antibiotics to treat the dysbiotic state of their intestines from the unhealthy diet, coupled with their over-crowded inhumane living conditions. This leaves the consumers more susceptible to salmonella and e-coli bacterial contamination, and gives them a non-prescribed dose of antibiotics potentially destroying beneficial gut bacteria and leaving you more susceptible to antibiotic-resistant superbugs!

The meat from pasture-raised animals raised in an ecologically sustainable manner is a far SAFER choice! In 2015 Consumer Reports found that beef from conventionally raised cows was more likely to contain higher amounts of bacteria, as well as antibiotic-resistant bacteria than beef from sustainably raised cows. According to Urvashi Rangan, Ph.D., executive director of the Center for Food Safety and Sustainability at Consumer Reports: “We found a type of antibiotic-resistant S. aureus bacteria called MRSA (methicillin-resistant staphylococcus aureus), which kills about 11,000 people in the U.S. every year, on three conventional samples (and none on sustainable samples). And 18 percent of conventional beef samples were contaminated with superbugs—the dangerous bacteria that are resistant to three or more classes of antibiotics—compared with just 9 percent of beef from samples that were sustainably produced. “We know that sustainable methods are better for the environment and more humane to animals. But our tests also show that these methods can produce ground beef that poses fewer public health risks.”

It’s true that meat, in general, is a drain on natural resources, especially water. But humanely raised, grass-fed, pastured cattle from organic farms provide FAR better health benefits with a more sustainable farming approach. Organic pastures are fertilized with manure from the cattle as opposed to conventional pastures that are fertilized with chemicals. The use of chemicals conflicts with the amount of manure produced. It then becomes quite a challenge to dispose of the tons of animal byproducts in non-organic feedlots, greatly affecting the environment as nearby water supplies are often contaminated.